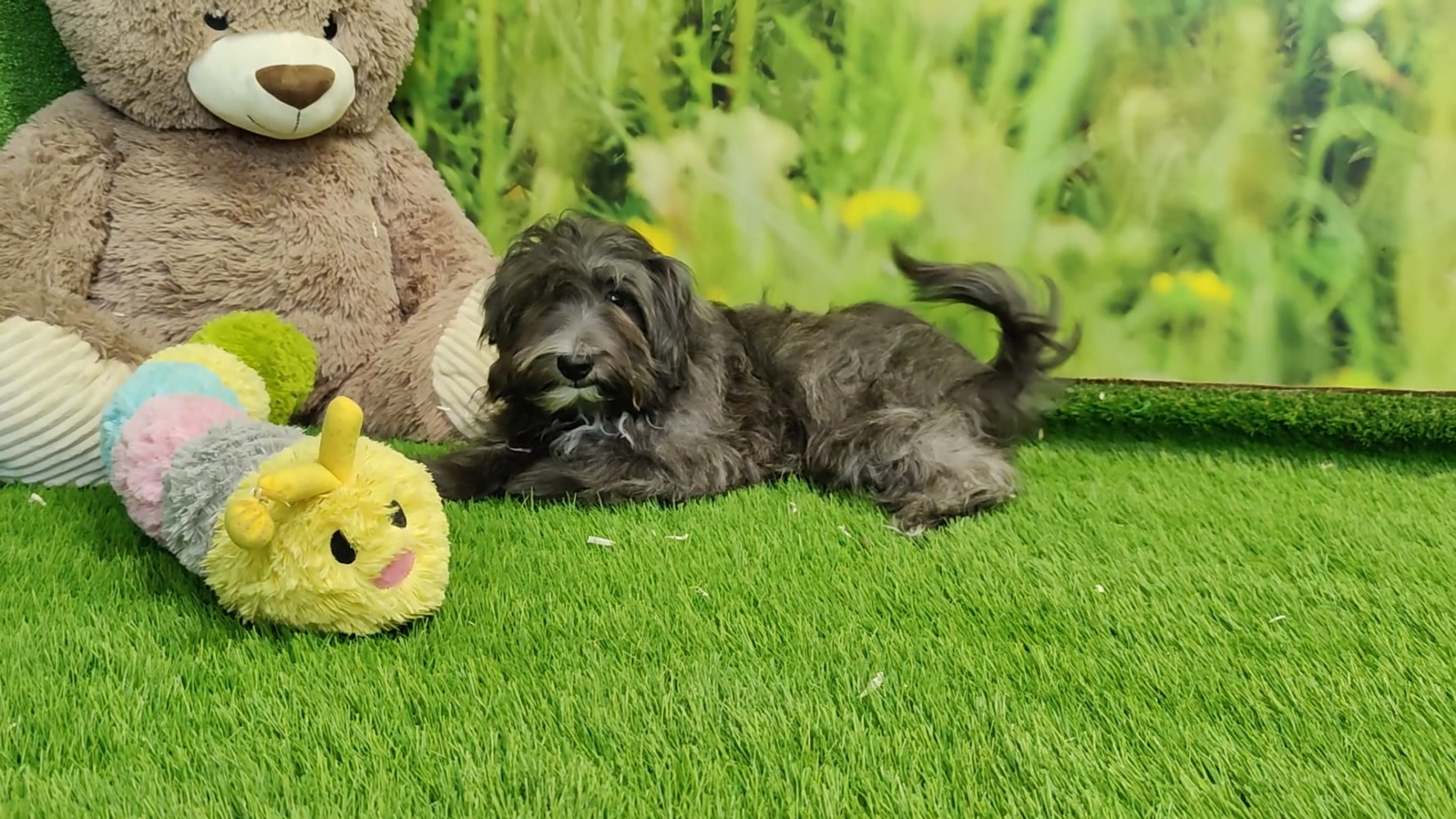 Adolescent Puppy
Do you have any questions about this Havanese?
Hypoallergenic dog

The Havanese dog breed has many admirers with their long, silky hair, expressive eyes, and cuddly size. Bred as a companion dog for the Cuban aristocracy in the 1800s, they have been nicknamed the "Velcro dog" because they stay so close to their owner's side.

After Columbus claimed Cuba for Spain in 1492, Spanish settlers began arriving on the island. With them came their small companion dogs - the ancestors of what is now the Bichon family of dogs.

These dogs interbred with each other and - isolated from other dogs by life on the island, and later, by trade restrictions imposed on Cuba by Spain - began to develop into the Havanese we know today. Their distinctive coat was thick and silky, which helped insulate the dog from the tropical sun.

In the early 19th century, Havanese graced the laps of many aristocratic families in Cuba. European travellers, charmed by the breed, brought dogs back to England, Spain and France. The breed became trendy in Europe in the mid-1800s, and Queen Victoria and Charles Dickens were among its famous fans at the time.

Like most breed trends, this one ran out of steam. At one point, the Havanese was nearly extinct, even in its native Cuba. However, a few Cuban families still bred and kept the dogs, and with the Cuban Revolution in 1959, 11 Havanese were brought to the US in the arms of their owners.

These dog-like refugees are the ancestors of most of the Havanese outside Cuba today.

The Havanese is a gentle and affectionate breed that thrives on human companionship. Your Havanese will often follow you from room to room throughout the day.

He's also intelligent, and will happily make you laugh with silly antics, or just sit on your lap watching the world go by.