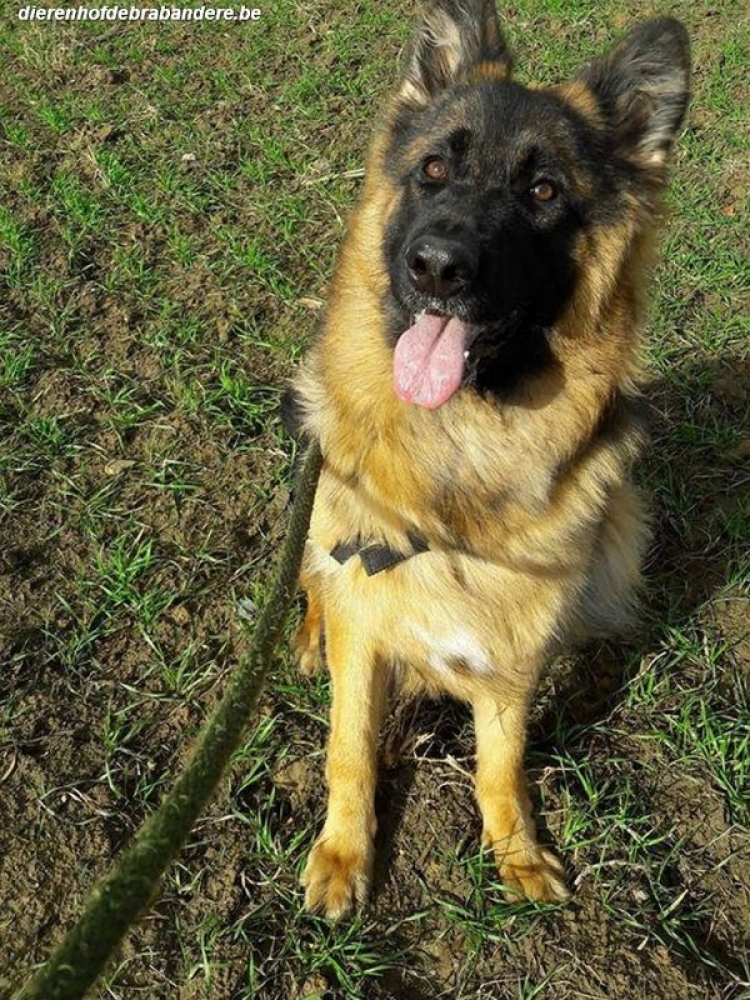 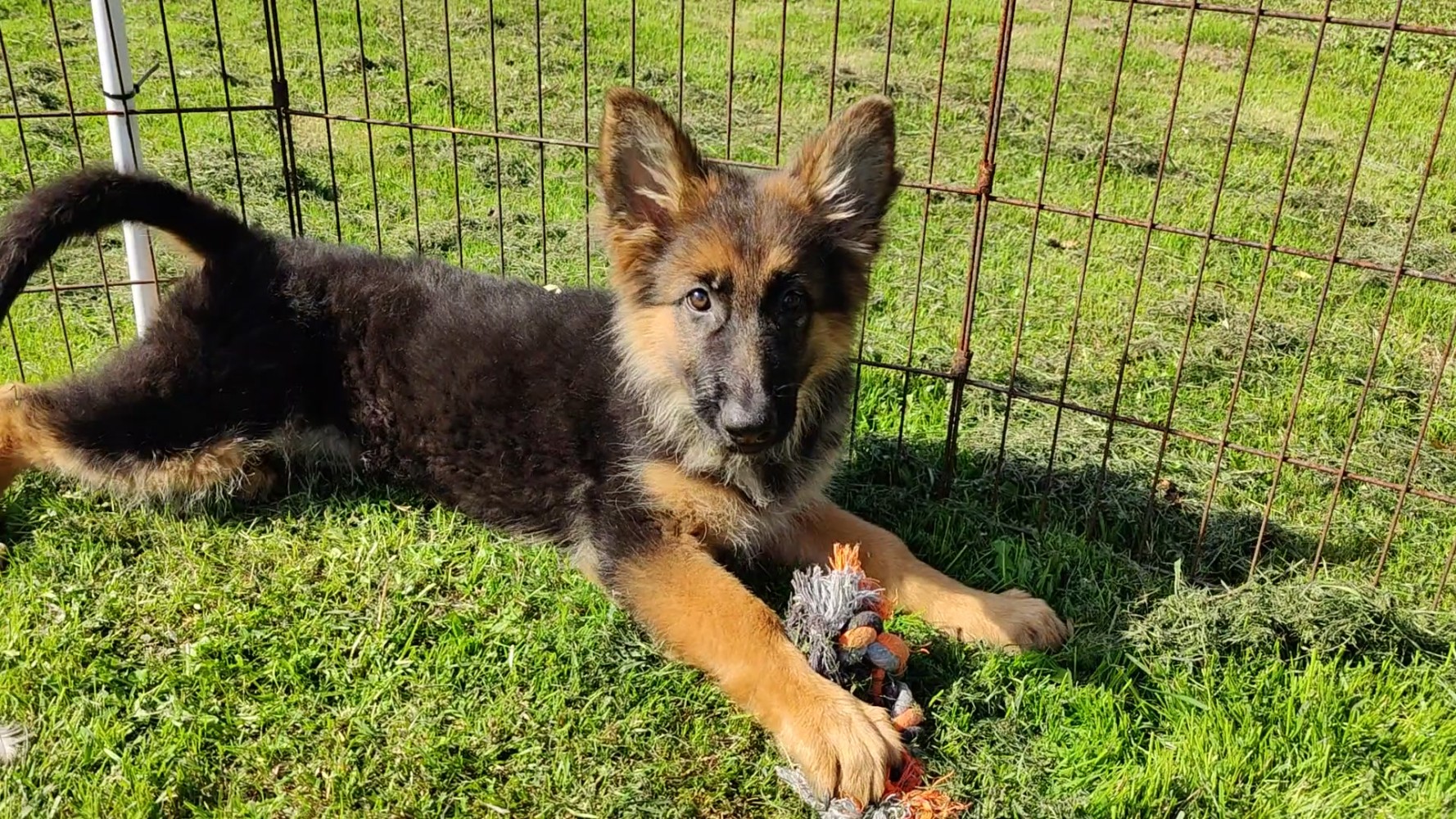 Puppy
Do you have any questions about this German Shepherd?

The German Shepherd Dog, also known as the Alsatian in Britain and parts of Europe, is in the top 10 most popular dog breeds in the US, and is probably one of the world's most recognised breeds.

They owe part of their fame to a small puppy rescued by Corporal Lee Duncan during World War I from a bullet and bomb-ridden breeding kennel in France. At the end of the war, Duncan brought the puppy back to his hometown of Los Angeles, trained him, and turned him into one of the most famous dogs in showbiz - Rin Tin Tin. Rin Tin Tin starred in dozens of films and at the height of his fame, received 10,000 fan letters a week.

The German Shepherd has had many jobs other than movie star - guiding the blind, chasing criminals, tracking illegal substances, serving in the military, visiting the sick, and herding cattle are just some of the jobs this versatile breed has had.

The German Shepherd is a relatively new breed, dating back to 1899, and they owe their existence to one man: Captain Max von Stephanitz, a captain in the German cavalry whose goal was to create a German breed that would be unrivalled as a sheepdog.

Centuries before von Stephanitz came along, farmers in Germany, as in the rest of Europe, relied on dogs to drive and protect their flocks. Some dogs were legendary for their skill, and shepherds travelled for days to breed their female dogs with a remarkable sire. However, as Von Stephanitz noted, no one had developed the sheepdogs of the region into a separate breed.

One day, in 1899, von Stephanitz was attending a dog show when a wolfish-looking dog caught his eye. He immediately bought the dog, named Hektor Linksrhein. Later renamed Horand v Grafeth, the dog's powerful physique and intelligence so impressed von Stephanitz that he formed an association - the Verein fur deutsche Schaferhunde - to establish a breed from Horand's descendants.

Although he had intended his breed to work as sheepdogs as Germany became more and more industrialised, von Stephanitz saw the need for such dogs diminish. He was determined that his breed would continue as a working dog, and he decided that the dog's future lay in police work and military service.

Using his military connections, Von Stephanitz convinced the German government to use the breed. During World War I, the German Shepherd served as a Red Cross dog, messenger, rescuer, guard, supply carrier, and sentry.

The German Shepherd has an aloof personality, but is usually not aggressive. They are reserved dogs; they do not make friends right away, but once they are friends, they are extremely loyal. With their families, they are easy-going and approachable, but when threatened, they can be strong and protective, making them excellent watchdogs.

This highly intelligent and trainable breed thrives on having a task to do - any task. The German Shepherd can be trained to do almost anything, from alerting a deaf person to a doorbell to tracking down an avalanche victim.