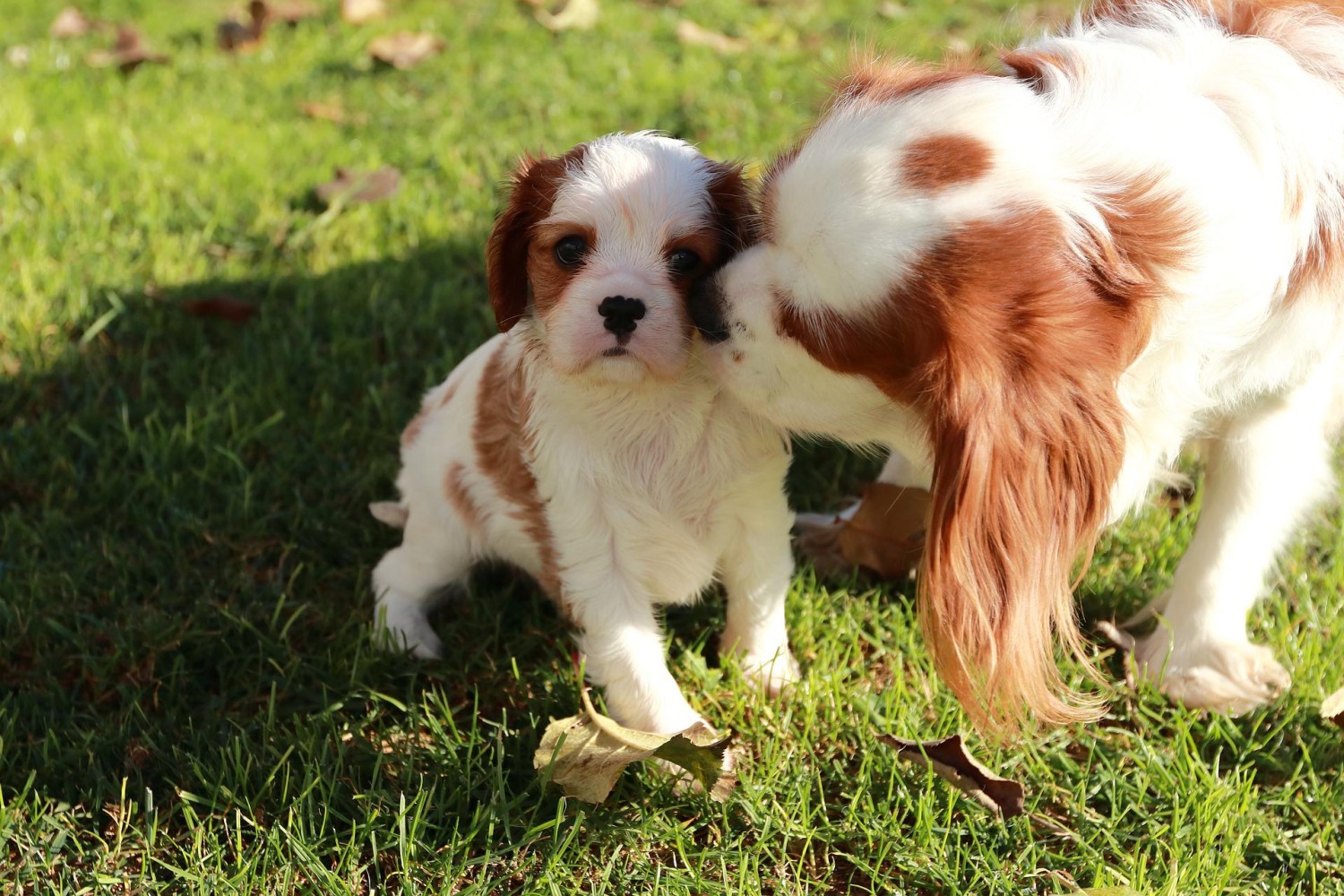 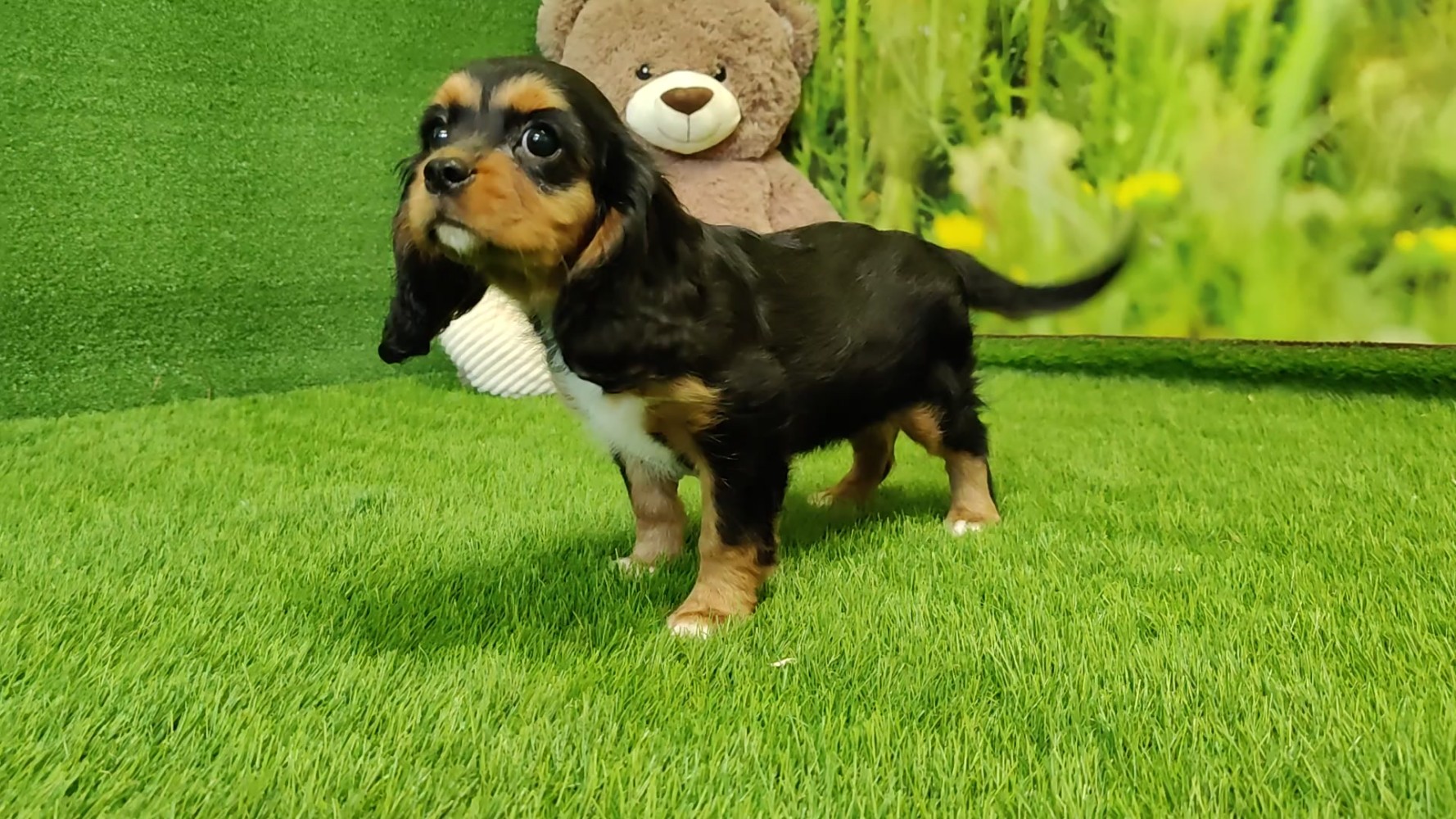 Puppy
Do you have any questions about this Cavalier King Charles Spaniel?

Although they were born to be companions, the Cavalier King Charles Spaniel dog breed retains the sporting character of their spaniel ancestors. When not sitting on their laps or being massaged on their bellies, they love nothing more than chasing a bird and then trying to find it again.

The Cavalier King Charles Spaniel is a beautiful little dog that undoubtedly qualifies for the title of "top tail wagger". One of the characteristics Cavalier breeders strive for is a tail that is in constant motion when this breed is in motion.

Although the Cavalier King Charles Spaniel is a relatively new breed, having been bred less than a century ago, its prototype is the toy spaniel that has existed for centuries as a companion of royalty and nobility.

Cavaliers are descended from the same toy spaniels that are depicted in many 16th, 17th and 18th century paintings by famous artists such as Van Dyck and Gainsborough. The spaniels in these paintings had flat heads, high-set ears, and long noses.

These small spaniels were very popular with royal and noble families in England. Mary, Queen of Scots had a toy spaniel that accompanied her when she walked to her beheading, and her grandson, Charles I, and great-grandson, Charles II - who gave their name to the breed - also loved the little dogs. It is said that King Charles II, who reigned from 1660 to 1685, never went anywhere without at least two or three of these little spaniels. He even decreed that the spaniels could enter any public place, including the Houses of Parliament. It is claimed that this decree is still in force in England today, although no one has tested this recently to see if it is true.

The endearing Cavalier is exemplified by the humorist Will Rogers, who famously said that he never met a stranger. The Cavalier is eager to meet anyone who crosses his path, and if that person sits down and offers him a lap (or a treat), all the better.

Cavaliers have a gentle personality, so yelling at them is counterproductive and will likely send these sweethearts into sulks or hiding. Instead, reward them every time you see them doing something you like, whether that's chewing on a toy instead of your pumps or not barking when the dog next door barks. They will work their asses off to find more things you like.