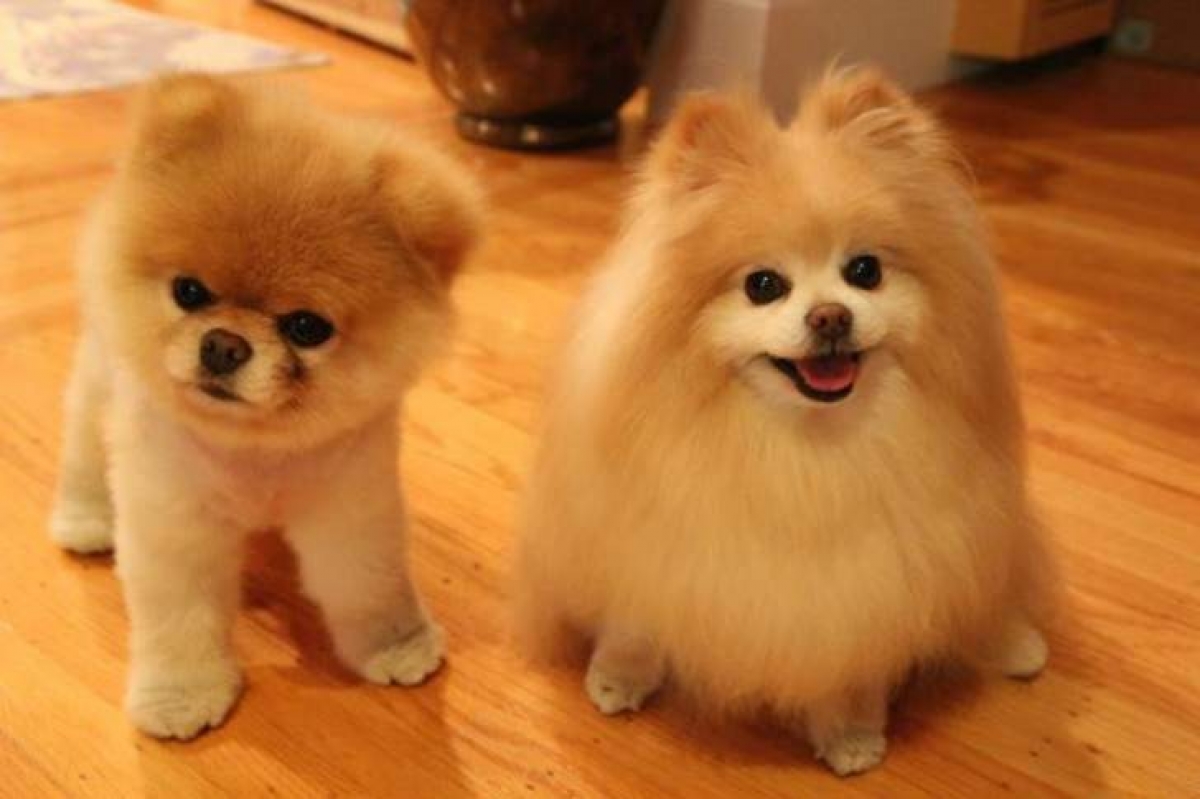 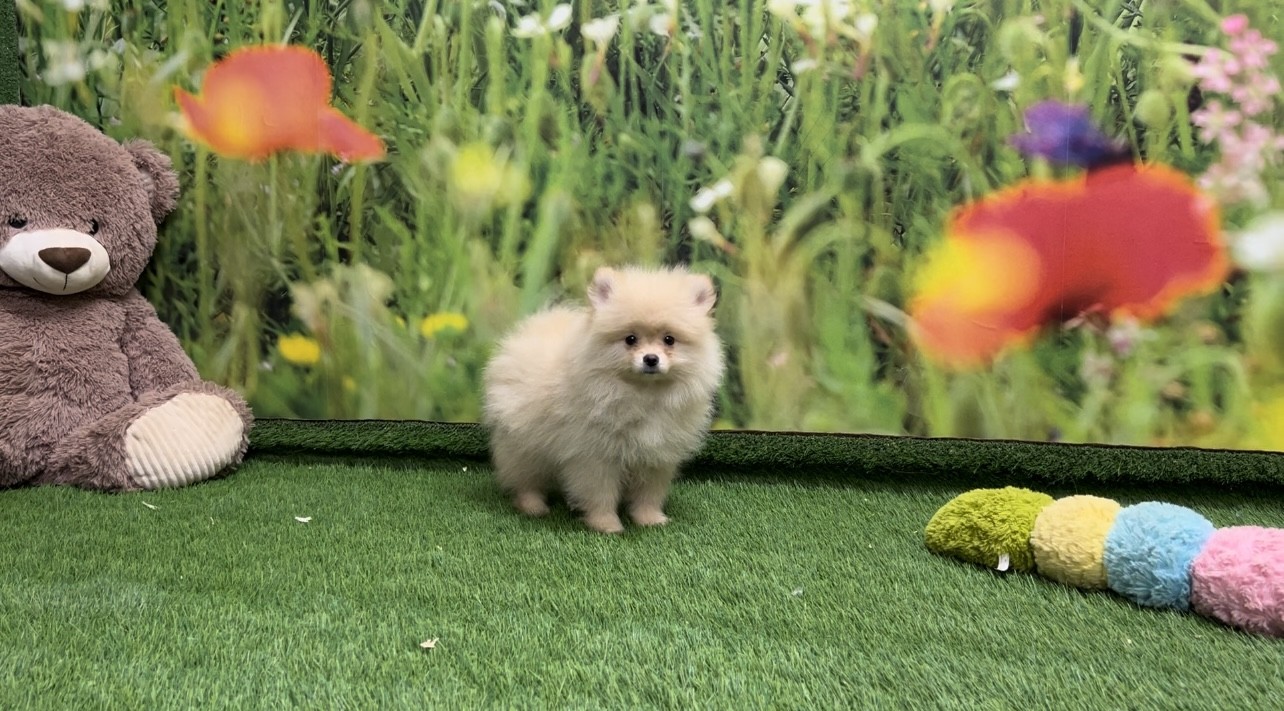 Puppy
Do you have any questions about this Pomeranian?

It's hard to resist the sweet little ball of fur known as the Pomeranian. Not only is this breed uber cute, the Pomeranian is a great addition to the family, thanks to its docile temperament, intelligence and dedication. With a range of fantastic character traits, and its just irresistible looks, the Pomeranian became the star of many a household. And to prove that you shouldn't judge a book by its cover (no matter how cute it is), the Pomeranian makes an excellent watchdog - just don't expect it to scare people away. Small, but with plenty of spirit, the Pomeranian will stand firmly by his loving family.

The history of this attractive dog breed can be traced back to the Prussian region of Pomerania, where the Pomeranian breed gradually evolved from the old Spitz dogs that were originally used as sled dogs. The name of the breed originally came from the historic region of Pomerania (now present-day Germany and Poland). With an original weight of nearly 30 pounds, the dog served as a skilled sheep driver in its larger form. However, where the original Spitz was a real dog with a role, the much smaller Pomeranian really isn't. Bred to be small and therefore cuter, these were basically bred as lap dogs and show dogs. These dogs, which weighed a hefty four to five pounds, became an instant hit among the nobility of the time. His natural skills in showmanship made them not only popular dogs to show in competitions, but also popular in the circus for his outgoing and winning personalities, as well as their agility and ability to learn quite complicated tricks. Having an exotic pup to proudly display in their arms was a hit with the nobility of the time - and easily displayed their wealth and aristocratic position. The Pomeranian spread throughout Europe from then on.

There have been some famous owners of Pomeranians throughout history. Among them are Marie Antoinette, Mozart, Thomas Edison, and Michelangelo, in addition to Queen Victoria who owned quite a few of these amazing little dogs. Queen Victoria's pet was particularly small and petite, and served as a foundation for all other Pomeranians that followed.

As we mentioned earlier, the Pomeranian is extroverted and intelligent. They will enjoy all the attention they can get from your family. And because they are so small, they travel well, so your Pomeranian can make friends anywhere.

Because of its small size, which makes it more susceptible to injury, the Pomeranian is best suited for homes with older children. In addition, smaller children can make your Pomeranian overexcited. Households with older children are ideal, as Pomeranians are more likely to be showered with the attention they crave. It's also a good idea to involve your children in training - it's a great way to set boundaries and build a strong bond.

The Pomeranian suffers from small dog syndrome, which means he doesn't know he's a small dog. Therefore, he will put up a fight with a much larger dog. And because the Pomeranian loves attention, you must make sure he is not left alone for too long. As long as your Pomeranian gets the exercise it needs and lots of love, it will make an excellent pet.