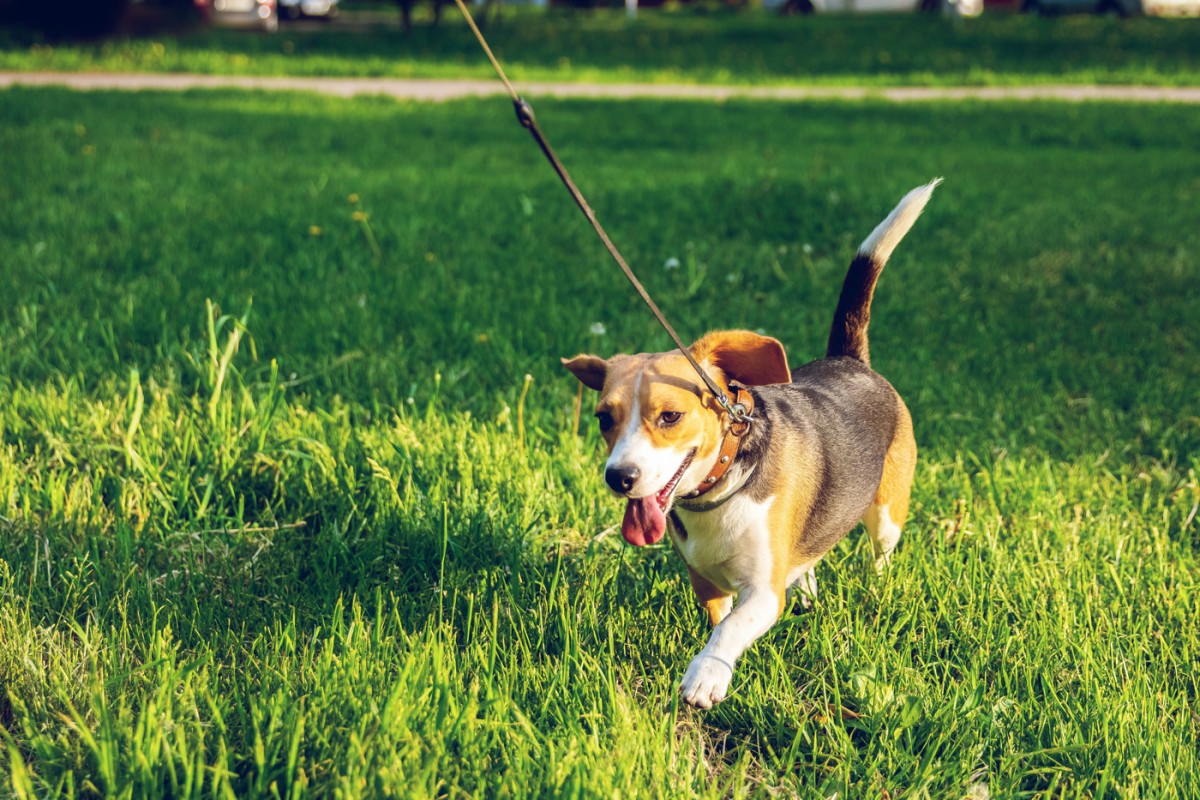 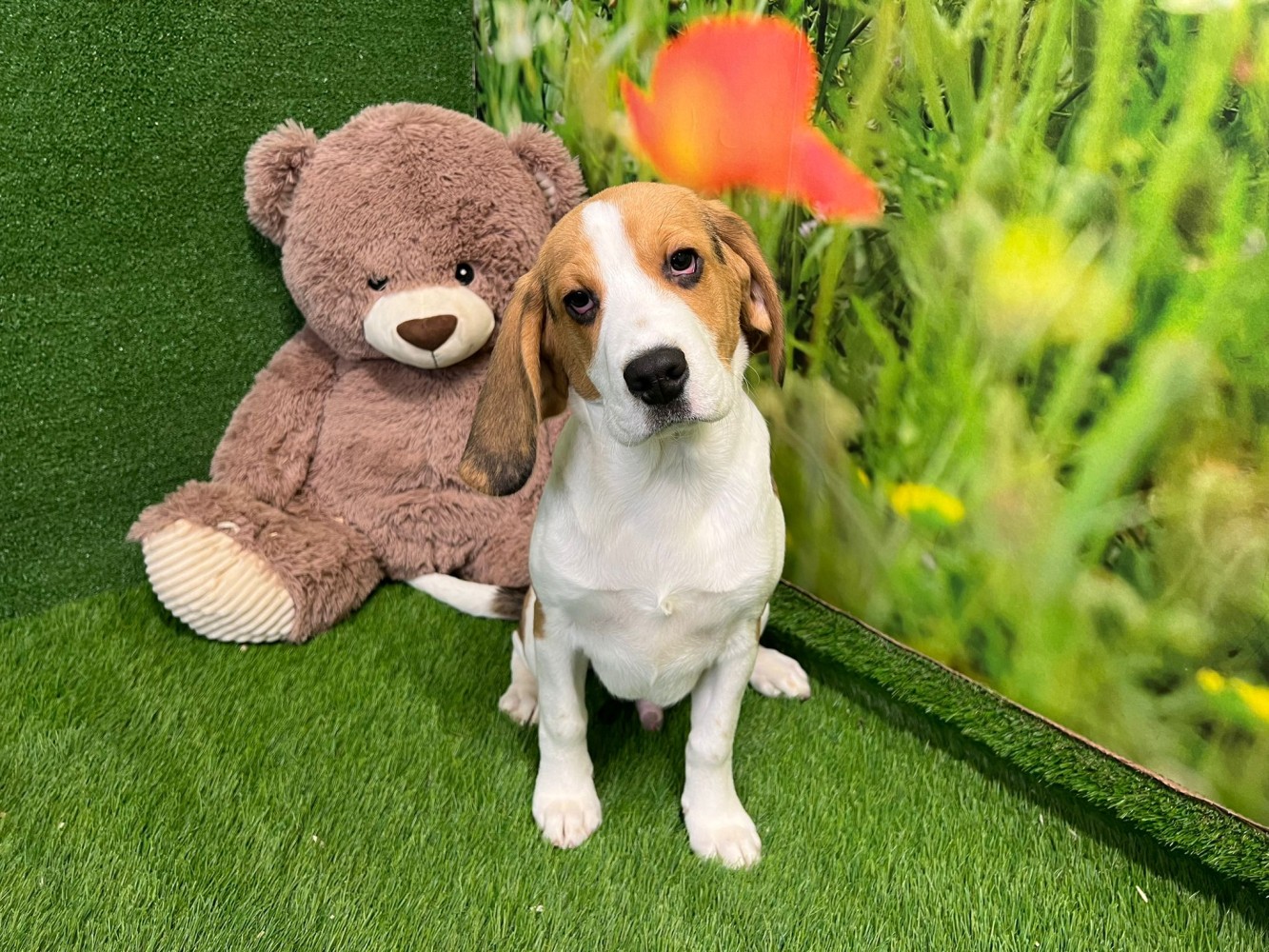 Adolescent Puppy
Do you have any questions about this Beagle?

It is hard to resist the appeal of a Beagle's dark brown or hazel eyes, with their soft, pleading expression. They are cheerful, happy and loving - traits that are more than compensated by their hound character, which is curious, determined and food-oriented.

They are not yappy dogs, but they do have three distinct vocalisations - a bark / growl, a barking howl, and a half-barking howl. The half-barking howl is usually reserved for when they see prey - or think it's time to wake the neighbours. Being pack dogs, they generally get along well with other animals and their human friends - and they think everyone is their new best friend.

The breed's history is also murky because the breeds as we know them today did not really develop until the 19th century. Greek documents from 400 BC describe Beagle-like dogs, and the Romans may have brought small rabbit-hunting dogs to England and bred them with the local hunting dogs.

William the Conqueror reportedly brought Talbot dogs (now extinct) to England during the Norman Conquest in 1066. These dogs are believed to be the ancestors of the Beagle and the Foxhound.

Beagles became popular in England very early in its history. During the reigns of Edward II (1307 - 1327) and Henry VII (1485 - 1509), extremely small beagles called Glove Beagles were popular. They were said to be small enough to be held in a gloved hand. There is also talk of Singing Beagles, named after their bugling voice.

Beagles are gentle, sweet and funny. They will make you laugh, but only if they don't make you cry because of their often mischievous behaviour. Beagle owners spend a lot of time trying to outsmart their dogs, and often have to resort to food rewards to get the Beagle to obey. Beagles bond with everyone in the family, especially children. However, they can be rambunctious when playing, so they need to be properly socialised.