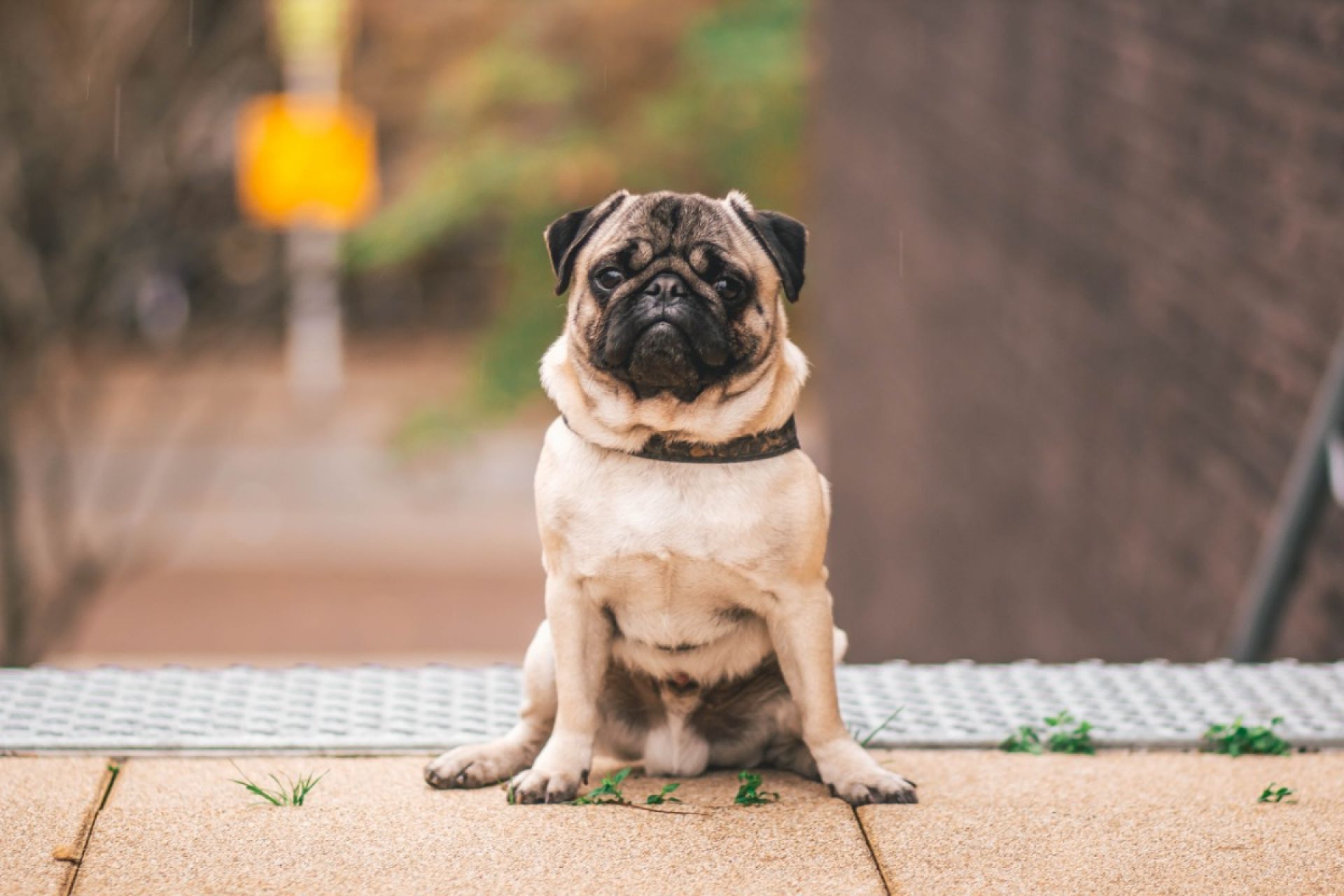 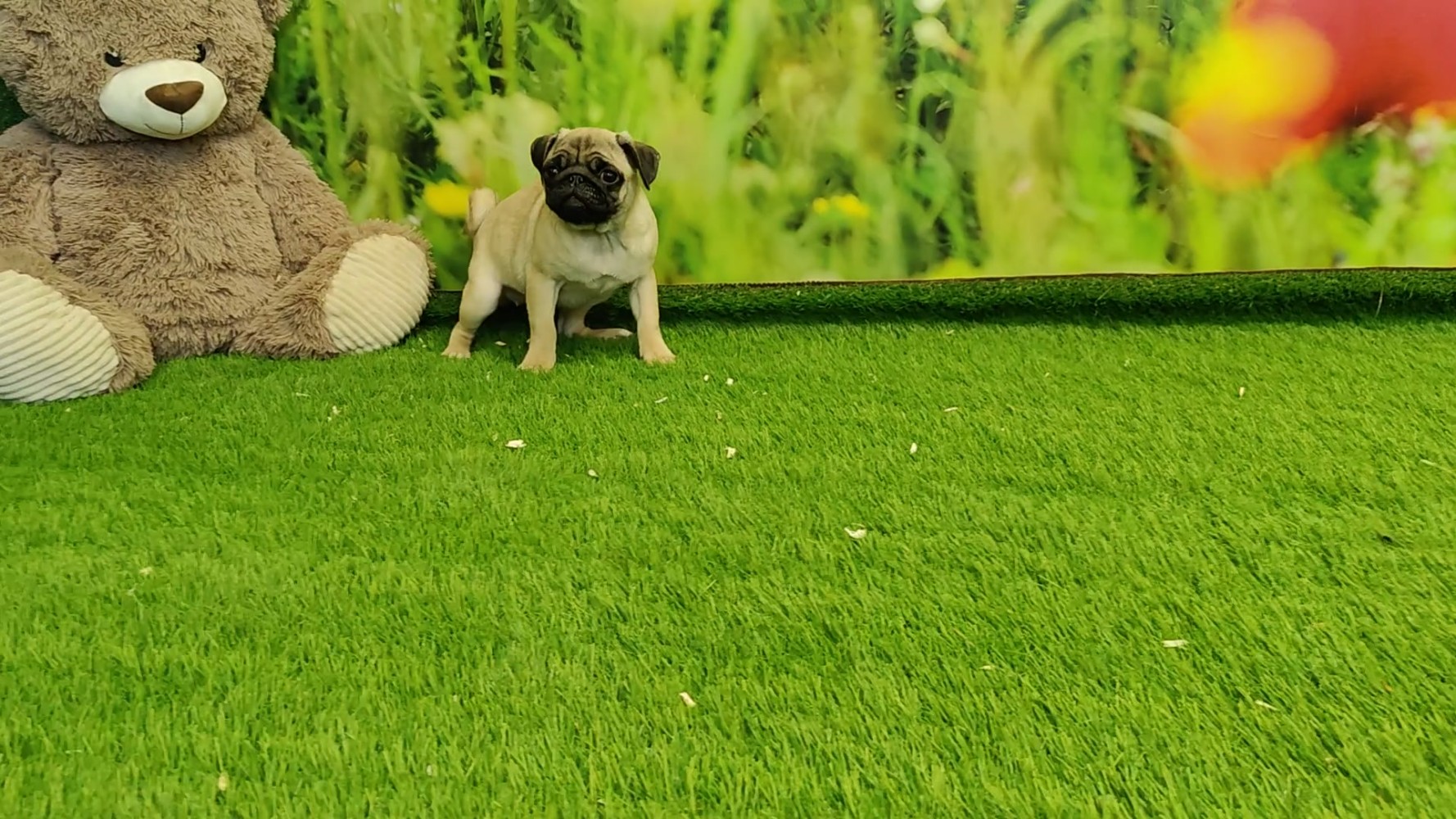 Puppy
Do you have any questions about this Pug?

The Pug is often described as a lot of dog in a small space. These sturdy, compact dogs are known as the clowns of the dog world because they have a great sense of humor and love to brag.

Pugs are native to China and date back to the Han Dynasty (206 B.C. to 200 A.D.). Some historians believe they are related to the Tibetan Mastiff. They were much loved by the emperors of China and lived in luxurious quarters, sometimes even guarded by soldiers.

Pugs are one of three types of short-nosed dogs known to have been bred by the Chinese: the Lion Dog, the Pekingese, and the Lo-sze, which was the ancient Pug. Some believe that the famous "Foo Dogs" of China are representations of the ancient Pug. Evidence of Pug-like dogs has been found in ancient Tibet and Japan.

In the late 1500s and early 1600s, China began trading with European countries. Reportedly, the first Pugs came to Europe with Dutch traders, who gave the breed the name Pug, a name still used today.

Pugs quickly became the favorites of royal households throughout Europe, even playing a role in the history of many of these families. In the Netherlands, the Pug became the official dog of the House of Orange after a Pug reportedly saved the life of William, Prince of Orange, by warning him that the Spanish were approaching in 1572. When William of Orange (later called William III) went to England in 1688 with his wife, Mary II, to take over the throne from James II, they brought their Pugs with them.

It is known that black pugs existed in the 1700s because the famous artist, William Hogarth, was a lover of pugs. He portrayed a black Pug and many others in his famous paintings. In 1785, Goya also portrayed Pugs in his paintings.

As the Pug's popularity spread across Europe, he often became known by different names in different countries. In France he is called Carlin; in Spain Dogullo; in Germany Mops; and in Italy Caganlino.

Do not expect a Pug to hunt, guard, or retrieve. Pugs were bred to be companions, and that's exactly what they do best. The Pug craves affection - and your lap - and is very unhappy if his devotion is not reciprocated.

He tends to be a sedentary dog, content to sit on your lap while you read a book or watch a movie. He is a playful, comical dog who enjoys having fun, entertaining his owner with crazy antics.