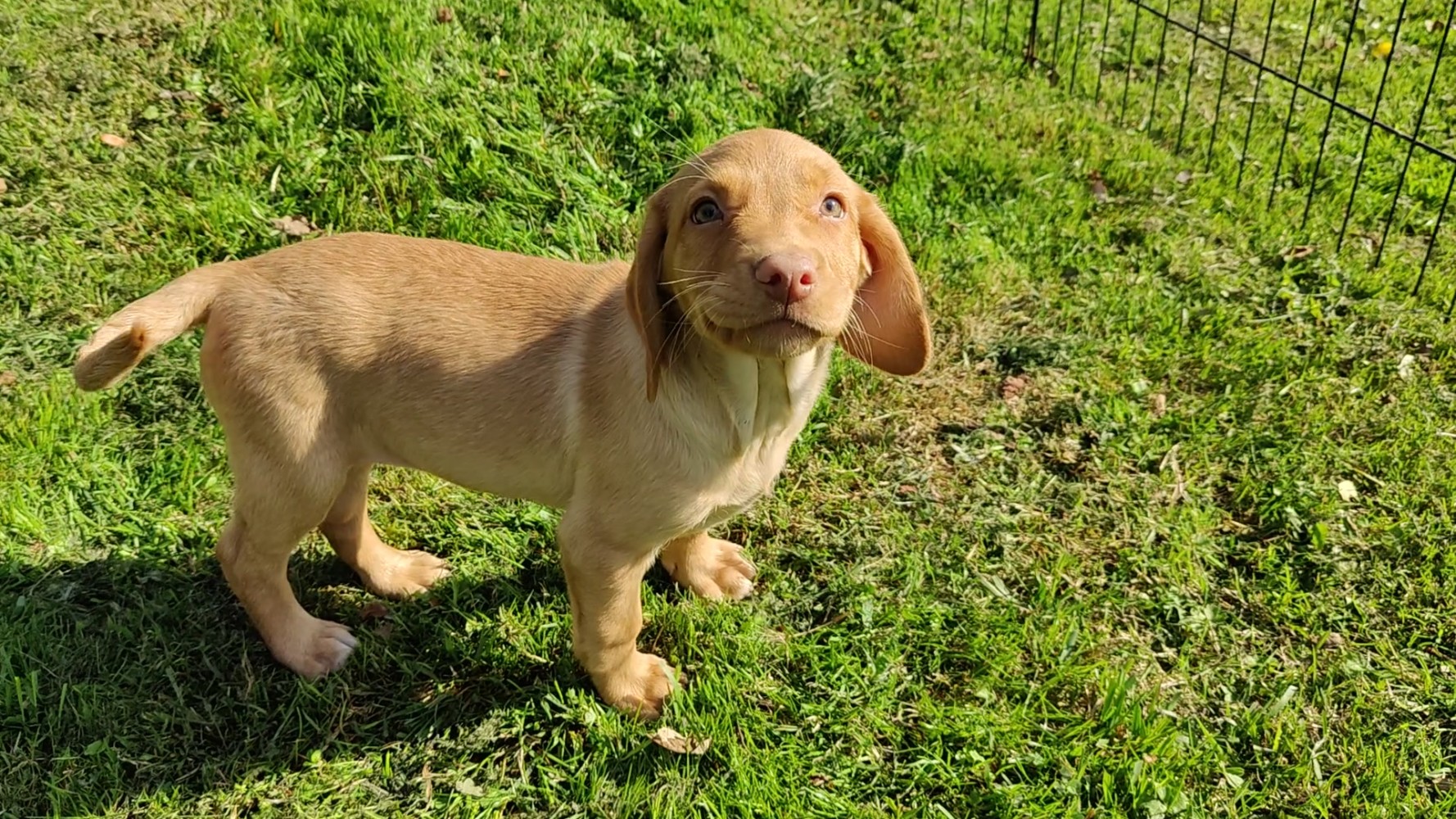 Puppy
Do you have any questions about this Labrador Retriever?

The Labrador Retriever was bred to be both a friendly companion and a useful working dog breed. Historically, they made their living as helpers to fishermen: hauling in nets, retrieving ropes, and pulling fish from the chilly North Atlantic.

Labrador Retrievers originated on the island of Newfoundland, off the northeast Atlantic coast of Canada. Originally called St. John's dogs after the capital of Newfoundland, Labs served as companions and helpers for local fishermen beginning in the 1700s.

The dogs spent their days working alongside their owners, retrieving fish that had escaped the hook and reeling in lines, then returning home to spend the evening with the fishermen's families.

Although their origins are unknown, many believe that the St. John's Dog was crossed with the Newfoundland Dog and other small local water dogs.

Outsiders noticed the dog's usefulness and good disposition, and English sportsmen imported a few Labs to England to serve as retrievers for hunting. The second Earl of Malmesbury was one of the first, and had St. John's dogs shipped to England sometime around 1830. The third Earl of Malmesbury was the first person to refer to the dogs as Labradors.

Today, Labradors are used for drug and explosives detection, search and rescue, therapy, helping the disabled, and as retrievers for hunters. They also excel in all forms of dog competition: show, field, agility, and obedience.

The Labrador has a reputation for being one of the sweetest breeds, and deservedly so. They are cheerful, eager to please, and friendly with both people and other animals.

In addition to a winning personality, they have the intelligence and eagerness to please, making them easy to train. Training is definitely necessary because this breed has a lot of energy and exuberance. This breed needs activity, both physical and mental, to keep them happy. There is some variation in the activity level of Labradors: some are loud, some are more relaxed. All thrive on activity.